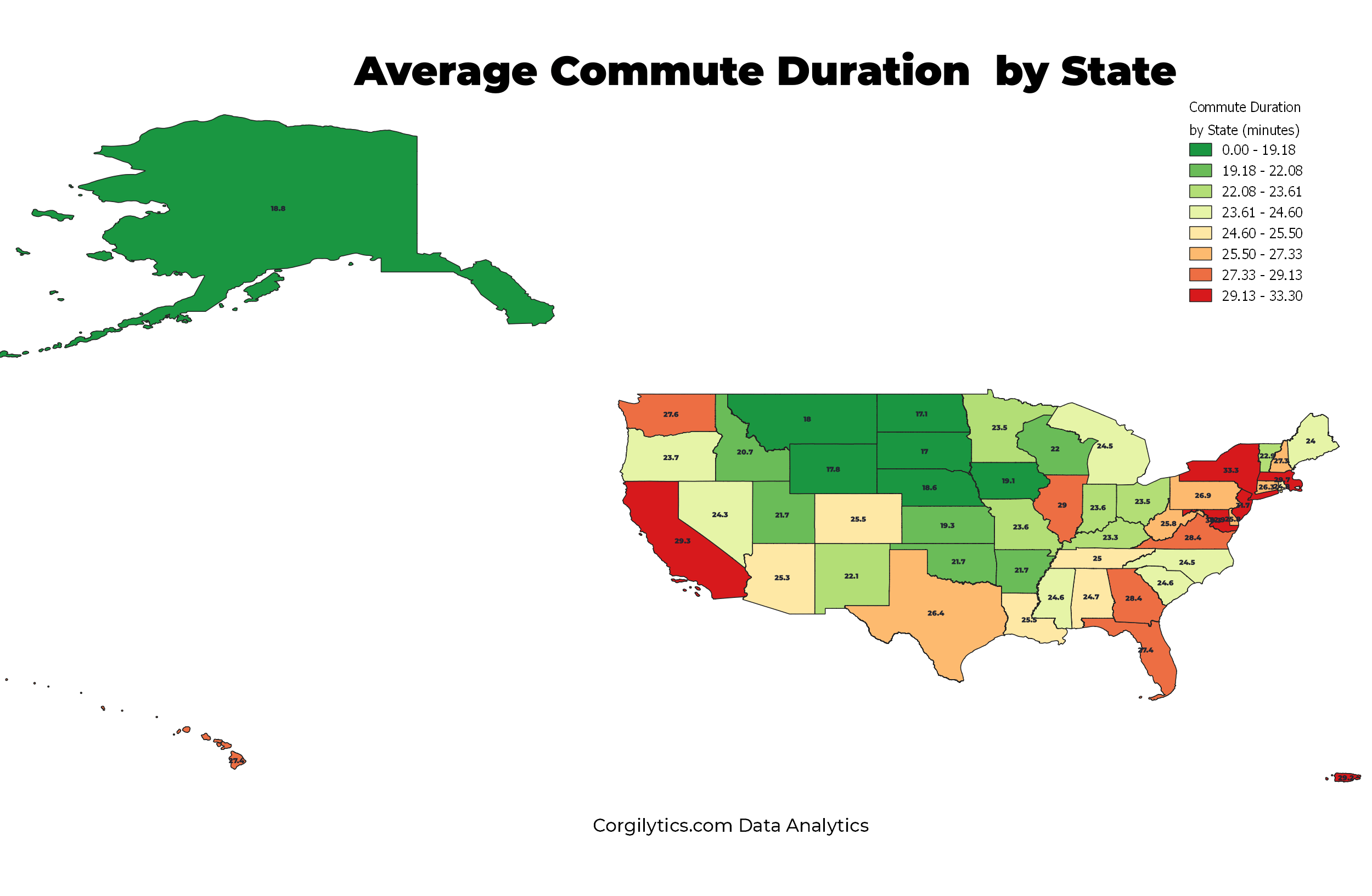 Longest Commute by City, over 10,000 population

As shown below, California is home to 8 of the top 10 longest commutes (for cities >10k residents), and 18 of the top 25– with many cities being located in the Southern California-Los Angeles corridor. While California leads the nation in cities with high average commutes– the state average (shown further down this page), is actually 5th among states (6th if you count DC), so the entire state doesn’t have above average commutes. Somewhat related to commuting– California has the 2nd most miles of highway, at over
7,600
miles (beaten by Texas, with over 13,000 miles). To consider: Brentwood, CA’s average commute of around 46 minutes is over 4.6x higher than the shortest city– Pierre, SD, with an average commute of around 10 minutes. 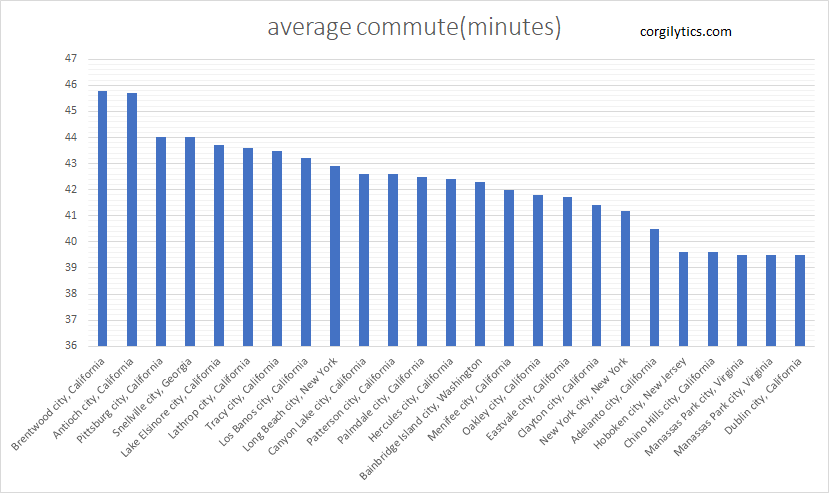 Shortest Commute by City, over 10,000 population 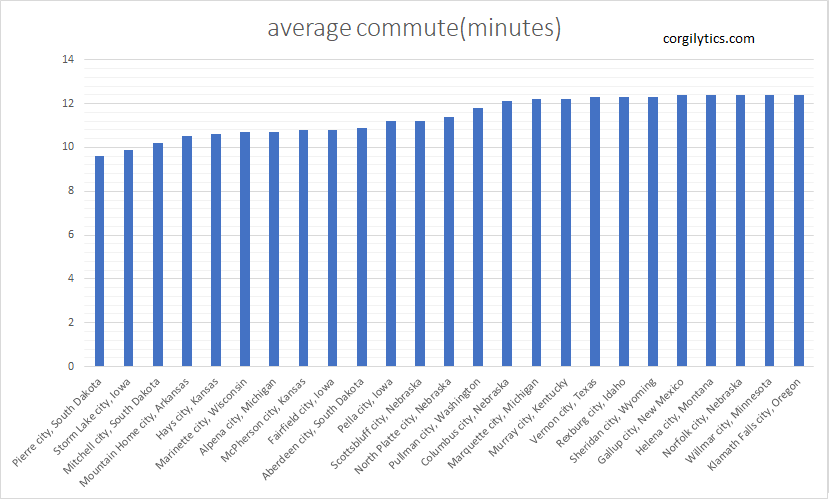 Longest Commute by Metro, over 50,000 population

Leading the way for longest metro area commutes is the lesser known East Stroudsburg area– an area that is roughly equidistant between Scranton, New York/Newark and Allentown. California is notably less dominant– with only 5 metros cracking the top 10, with the east coast actually claiming the top 3 spots and the two less densely populated (more remote) Stockton and Vallejo metros ranking 4th and 5th. 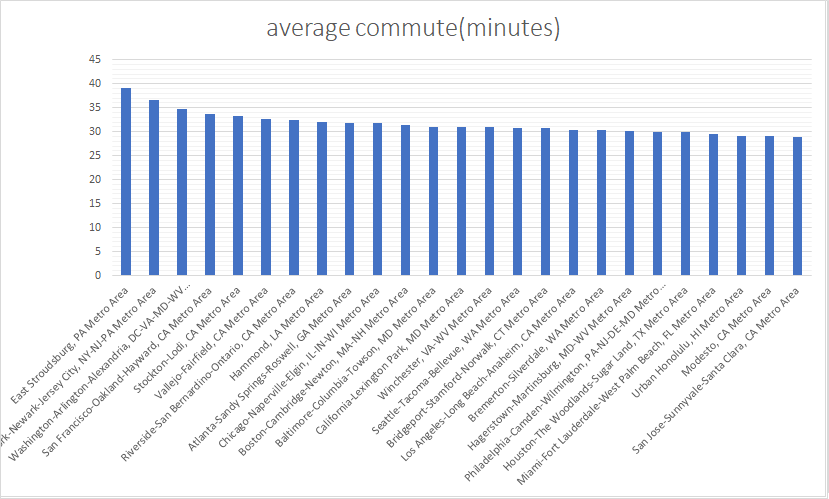 Shortest Commute by Metro, over 50,000 population

The shortest metro area commutes mirrors the shortest city listing– likely due to metros being more dominated by single cities. Only 2 of these metros have more than 200,000 inhabitants, while most are below 100,000 people. 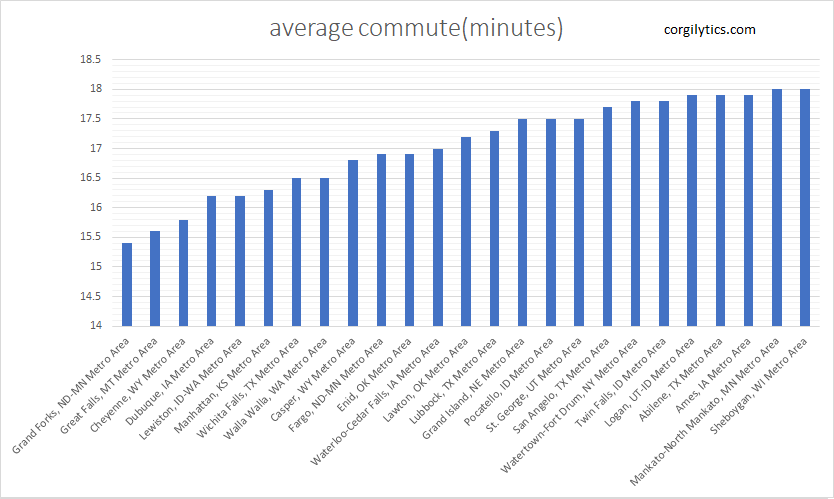 The northeastern corridor of New York, Maryland, New Jersey, DC, and MA dominate the average commute times. These areas are densely populated– and unfortunately will have difficulty expanding highway capacity without significant efforts. The plus side is that this area has the most developed public transit systems in the country– with rail and bus service available throughout. 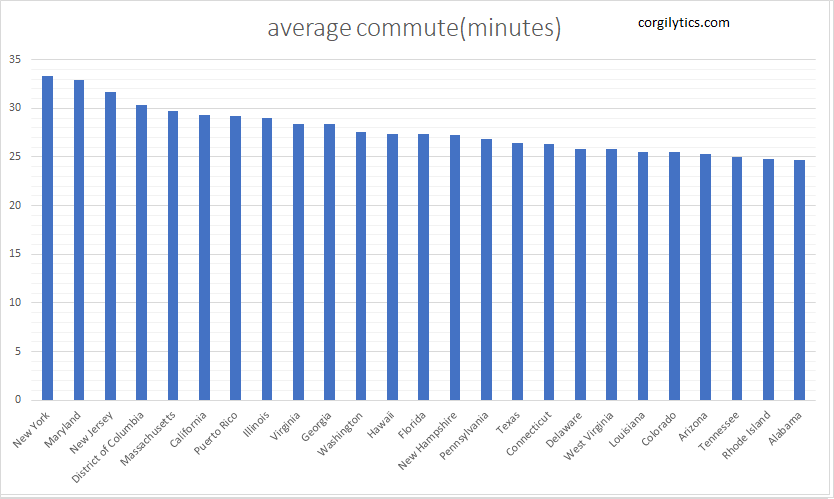 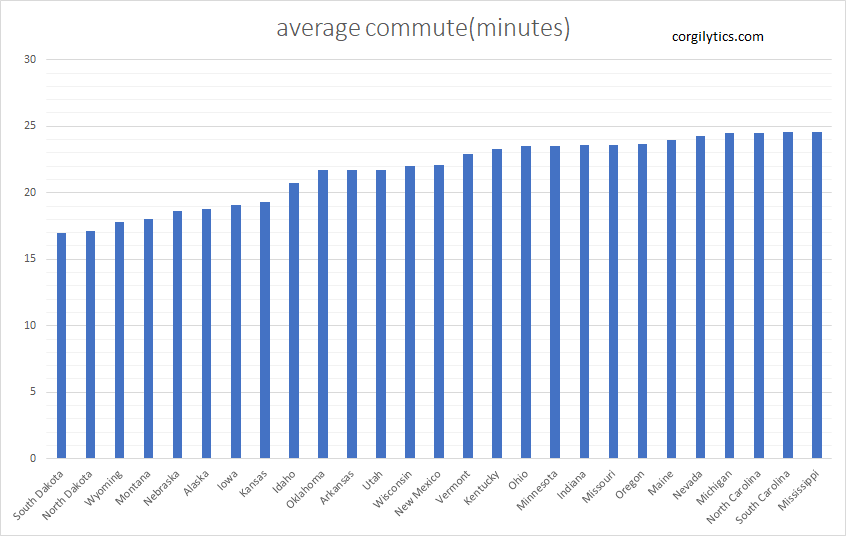 Longest Commutes by City in Each State, over 10,000 population

This is a more fun chart for middling areas who weren’t represented at the city/state/metro levels above– especially noticing how much variation there is between the longest commutes per state. Juneau, AK is the longest commute in Alaska with 16 minutes, while Brentwood, CA (the highest in the nation) is roughly 3x longer– surely there are more bears and moose (meese?) obstructing commutes in Alaska, though. 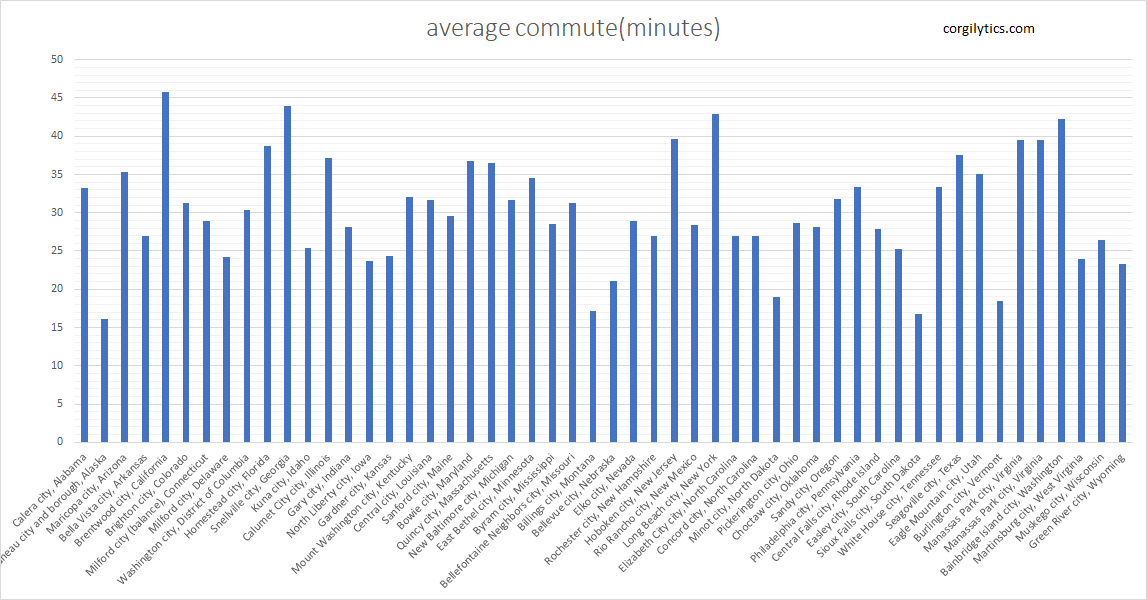 Shortest Commutes by City in Each State, over 10,000 population

Compared against longest commutes in each state, the shortest commutes are somewhat consistent, clustering relatively tightly between 10-15 minutes, typically in less populated cities– nearly every city on this list has less than 50,000 residents, with a large number having less than 25,000 residents. 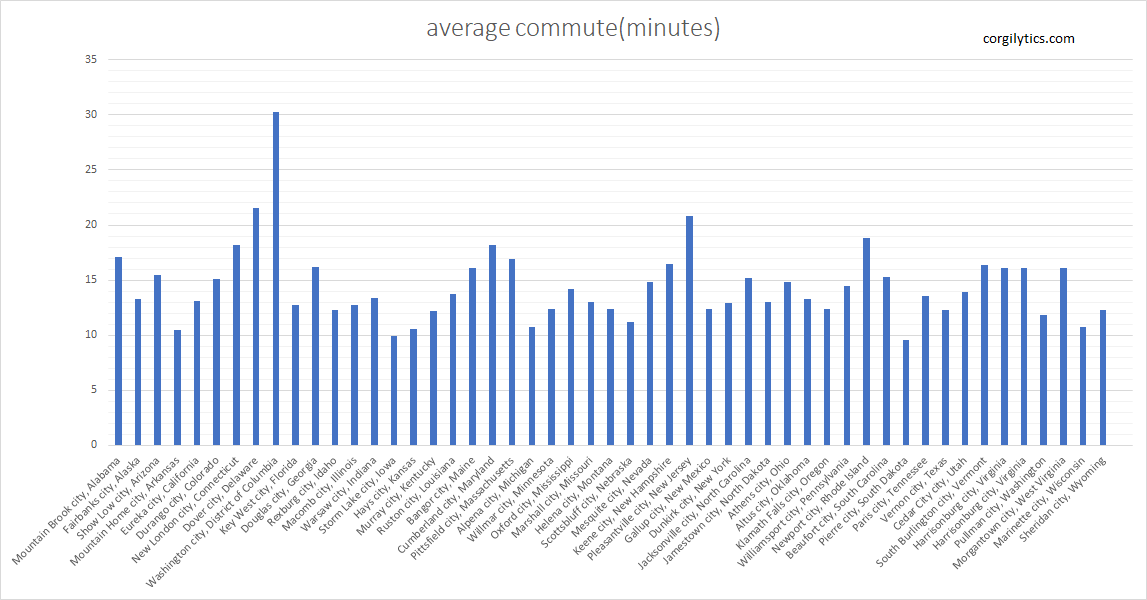 That’s a wrap for this study. If you have ideas for a study you’d like to read, or need to easily perform market research like this on any city (or even zip code), check out the
free geoexplorer tool or contact us for a Corgilytics platform demo.